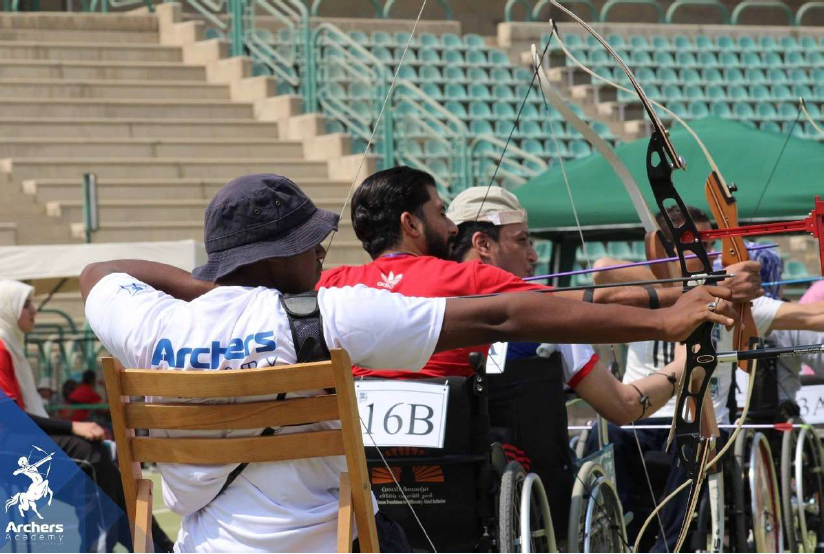 We are extremely proud to announce that @Mahmoud Gabr, from our Cairo team has won second place and silver medal in the 2021 Republic championship (also known as Egypt Nationals Championship) para archery class; 18 mts, held at Cairo on 12th February 2021.

Republic Championships is one of the most admired national championship in Egypt and takes place once a year.Republic championship of Archery is supported by Egyptian Archery Federation and is being held at the Hockey Stadium, Cairo on 12th , 13th  and 19th  February 2021. 245 archers from 12 clubs across the country are participating this year.

Success doesn’t come to you, you go to it.

Mahmoud has been practicing Recurve Archery since January 2017. He had earlier won Gold medal in the 2017 Hunters Friendly Tournament – Class 18 m.

His goal is to play the official distance of 70 mts and then to join Egyptian National Team, to be able to compete in Fazza Para Archery World Ranking Tournament, and qualify for Paris 2024 Summer Olympics.

We wish you all the very best and sincerely hope all your dreams come true!

previous
Gradual Transition to Redis as a Primary Database

A new WordPress theme for car services, car detailing, auto wash & repair has been launched! Get it NOW at 40% off… https://t.co/nQFtSSGjjM

Take a moment to enjoy in our all time favorite and the bestseller in its niche Craft Beer, a WordPress theme for b… https://t.co/XRO2r5MhJr